Every day, people see 88 years old Feng and 87 years old Lou going out hand in hand to practice Tai Chi. Hardly could anybody tell that Lou has had Alzheimer’s disease. Ten years ago, Lou went out on an afternoon for a haircut and didn’t return at dinnertime. Feng anxiously waited her at the gate, only to find Lou taken home by the police. Over the years, Lou has forgotten almost everyone but firmly believes that Feng is the one she is going to spend the rest of her life with.
There are currently more than 200 million people at or over 60 years old in China. Among all the social issues implicated by the aging population of China, those left-behind elderlies and families with Alzheimer’s or dementia patients suffer among the most.
Feng met Lou met in the 1950s. Lou became infatuated with him at first sight, but Feng was engaged and later married with two children. In 1960s Feng lost both his wife and daughter to diseases within two years. At 42 Lou was still single, they quickly fell in love and built a new family. Little did they know that after growing up with the 16 years of wartime, they had to go through the Cultural Revolution. Feng was denounced and about to be sent to Sichuan. In the years when many divorced their spouses in order for self-protection, Lou chose to stick by him. She begged everyone to prove his innocence and finally brought him back home.
In early 1990s, Feng’s son moved to Australia and later built his own family there. With no child living close, Feng and Lou became “the left-behind elderly” just like millions of other Chinese couples. Living alone with an Alzheimer’s patient is hard enough. Yet Feng’s health declines too. After much struggles, He started to consider a senior center. Lou became completely disoriented and irritable. She cried to go home every minute. Seeing the other old people doing nothing but sitting in the sun whole day long, Feng also felt stuck. Only after three days, the couple returned home.
Five months later, Feng had something wrong with his health again and was about to be hospitalized. The man who went through a life of hardship with an upbeat spirit finally burst into tears.
What is he going to do with Lou if he is sick? Who is going to take care of her if he goes first? When the end if getting closer, can they still live a life with dignity and freedom? On the way home, they walk hand in hand as Lou murmurs like she always does, “We are together no matter what. That’s what a family does.”

ZHAO started her career at Shanghai Media Group in 1991, where she directed and produced many television documentaries affiliated to the Overseas Programming Center, now known as the Documentary Channel of SMG. She directed and hosted several popular TV documentary programs such as “The Bund” and “Documentary Editing Room”. Her filmography includes A WATER TOWN – ZHOU ZHUANG (1996); GRADUATION (1997); A WOMAN’S SECRET (2003). She also co-produced several series documentaries includes: FOR THE FUTURE, THE HALF CENTURY HOMETOWN, RETURN TO THE ANCESTOR’S LAND and THE EMBASSADORS OF PRC. Among them, RETURN TO THE ANCESTOR’S LAND won the ASIA-PACIFIC BROADCASTING UNION and THE ABU PRIZE in 1998.
From 2003, ZHAO joined the studio affiliated to Shanghai East Normal University, producing educational programs. Her first independent film PLEASE REMEMBER ME has toured around internationally for pitching, including Hong Kong – Asia Film Financing Forum, MIDA FORUM, Good Pitch Square. It was the winner of the best CCDF Award of 2012 and Best ASD Award of 2013. The project received financial support from Sundance Documentary Fund, IDFA Bertha Fund and BRITDOC BBC Connect Fund. ZHAO is currently in production with her second independent film ENTRY TO UTOPIA.
Producer
Violet Du Feng

Violet Du FENG (Producer) is an Emmy Award winning documentary film producer. Her recent films have screened at numerous film festivals internationally. In 2008, she co-produced NANKING, which received a Peabody Award and a Sundance Grand Jury Award. It was the highest grossing documentary in China. Her first documentary short CHANGING THE TASTE OF MUD was nominated for the Golden Gate Award. FENG has worked with established film directors including Sid Ganis -- Former President of the Academy of Motion Pictures, Arts and Sciences, Bill Guttentag and Ruby Yang, both of whom Academy winning documentary film directors.
From 2011 to 2013, FENG joined CNEX in Beijing. As the in-house producer, The films she produced received support from Sundance Documentary Fund, Ford Foundation, ITVS and co-productions from Asia and Europe.
FENG is currently producing two feature length documentaries. MAINE-LAND, (in post production) and PLEASE REMEMBER ME, which will be premiered at 2015 IDFA Film Festival.
FENG received a M.A. from UC Berkeley’s Graduate School of Journalism in 2004. Before that, she was a broadcast journalist for Shanghai Television and later for the BBC’s Shanghai Bureau.
Executive Producer
Jean Tsien

Born in Taiwan and based in New York, Jean Tsien has been working in documentary for 30 years as an editor, producer, and consultant. Tsien’s editing debut, Something Within Me, won three Awards at the 1993 Sundance Film Festival. Her notable editing credits include: the 2001 Academy Award, Best Documentary Feature nominee, Scottsboro: An American Tragedy; three Peabody Award-winning films: Malcolm X: Make It Plain, Travis and Solar Mamas; Please Vote For Me, a 2008 Grierson award recipient for most entertaining documentary; Dixie Chicks: Shut Up & Sing and A Place At The Table – which was presented in a special screening at the White House.

Tsien produced and edited Drivers Wanted, a documentary about New York City taxi drivers. She was the executive producer for The Road To Fame for BBC/Storyville; The Storm Makers for POV/PBS. Tsien consulted on many award-winning films such as: Give Up Tomorrow; Wo Ai Ni Mommy; Dancing In Jaffa and Censored Voices.

Tsien is a strong believer in mentorship and nurturing emerging talents, she has served as an editing advisor at the Sundance Institute Edit and Story Lab since 2010. Tsien is a member of American Cinema Editors, an honorary society of motion picture editors.

Ruby Yang is a Chinese American filmmaker. Originally from Hong Kong, Yang has worked on a range of feature and documentary films exploring Chinese themes as director and editor.
She moved to Beijing in 2004 and directed a trilogy of short documentary films about modern China including The Blood of Yingzhou District, which won an Oscar in 2007, The Warriors of Qiugang, which received an Academy nomination for best documentary short in 2011, and Tongzhi in Love, which was short-listed in the same category in 2008.
Prior to her work in Beijing, Yang directed Citizen Hong Kong (1999), China 21 (2002), and A Moment in Time (2009). Yang has also edited many award-winning films, including Joan Chen’s Xiu Xiu: The Sent Down Girl and Bill Moyers’ Becoming American - the Chinese Experience.
She was appointed by the University of Hong Kong as Hung Leung Hau Ling Distinguished Fellow in Humanities in 2013.  Her latest documentary My Voice,
My Life (2014) has gotten wide theatrical release and critical acclaim in Hong Kong.
Why Make The Film

An old Chinese saying goes, “Hold his hand to grow old.” Our film profiles an old Shanghainese couple, 88-year-old Feng and 87-year-old Lou. They are our great uncle and great aunt in law, the eldest couple in the family. Because of Feng’s first marriage, Lou waited for more than ten years before they got married. When the two were hand-in-hand ready to spend the last days of their lives together, Lou was diagnosed with Alzheimer’s disease.
Feng was born in the 1920s and was brought up deeply influenced by Confucianism. He learned benevolence and morality mostly through reading poems and writing calligraphy during his childhood. After going through all the wars, political turmoil and the loss from his first marriage, Feng and Lou finally built a family in 1970. Almost half of a century’s companionship transcends love from romance to a relationship of inseparable intimacy and bonded responsibilities. And they still try to cope every challenge together with dignity and elegance. Their spirit deeply inspires every one in our family.
From 2012, we started to film their story, hoping to leave something for our family and many others. And for the three years following the couple, Lou’s conditions have worsened day by day. She forgets what she says a minute ago and her dependence on Feng becomes stronger. He is the only one she remembers and trusts.
Now at almost 90 years old, he has a decision to make.  Will he send her alone to an Alzheimer’s hospital or move to a senior center together that they may never feel like a home? Who is going to take care of her if he dies?
This is a story about memory, love and dignity.
There are more than 9 million Alzheimer’s patients in China today while caretakers are in serious shortage, which affects the quality of life for those families. This is also a story about the serious social issue of the left-behind elderlies in China, whose children live separately from them due to the fast economic development and urbanization. For many elderly, it’s a luxury to desire for emotional or intellectual care.
Approaching the end of a journey, Feng and Lou continue to live to the fullest. PLEASE REMEMBER ME targets almost everyone in the world to rethink about how to grow old and how to live in the present with happiness and dignity.
Alzheimer's in China
Caixin - Alzheimer's Care in China
Bloomberg - China Alzheimer's Crisis
Bloomberg - China's Alzhemier's Patient's And Its Health System
Japan Times - China's Alzheimer's Cases Rise
New York Times - China Takes On Its Alzheimer’s Problem
Lancet - Alzheimer's Review in China
Alzheimer's Challenge in China
Chinese Communities of Alzheimer's Association 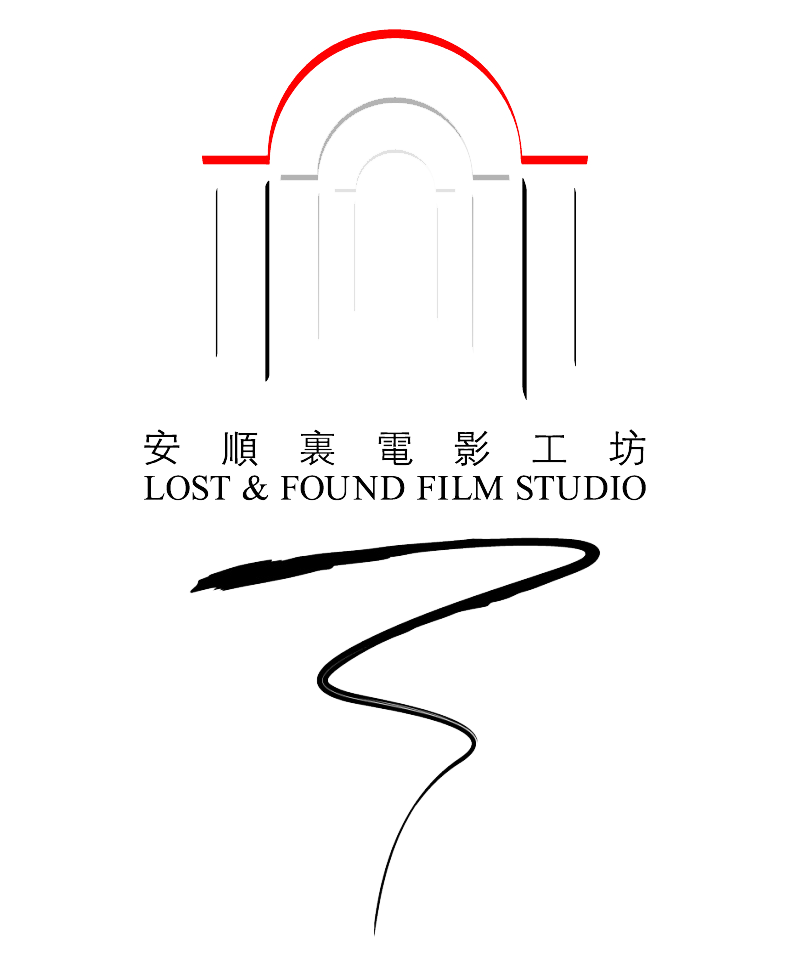